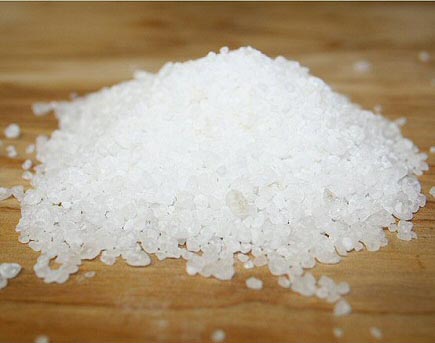 Dead Sea Salts are mined from the Dead Sea, the lowest point on earth.  The Dead Sea lies 400 meters below sea level in the Jordan Valley between Israel & Jordan.

Dead Sea Salts have a higher concentration of minerals than any other sea salt in the world & contain more than 25 different types of minerals.  The main minerals in Dead Sea Salts are - Magnesium, Sodium, Potassium, Calcium, Bromide, Iodine, Lithium & Sulphate. Calcium, Sodium, Potassium & Magnesium are the most abundant cations (electro-positive particle/ions) in the human body & Dead Sea Salts contain these four elements - and more! The Dead Sea contains 50% more bromide & 15% more magnesium in concentration than the Atlantic or Pacific Oceans, making this special salt beneficial for significant improvement in skin conditions & many other physical ailments.  Dead Sea Salts are also known to energetically cleanse the auric field of negativity.

The Dead Sea is well known for its natural healing powers that the ancient Egyptians used in their beauty treatments.  For thousands of years, the minerals found in the Dead Sea have been reported to offer extraordinary benefit.  In the Bible, it is mentioned that the Queen of Sheba was presented with Dead Sea Salts from King Solomon upon her visit to the Holy Land.  As well, the Empress Cleopatra apparently urged Marc Antony to conquer the Dead Sea region so that she would be guaranteed a bountiful supply of the Dead Sea minerals for herself.

The intense salinity of the Dead Sea, with its extreme content of salts and minerals, does not exist anywhere else in the world.  Dead Sea Salts contain high concentrations of Magnesium (aids in maintaining the proper pH balance), Sodium (helps to maintain water balance within the body), Potassium (supports muscular elasticity), Calcium (anti-allergic effect & bone support) and Bromine (relaxing & anti-inflammatory effects).

Water mixed with Dead Sea Salts has been shown to promote a greater feeling of well-being.  As well, since an anti-wrinkle effect is often a much desired result, Dead Sea Salts are a regular and successful seller in today’s health and wellness market.