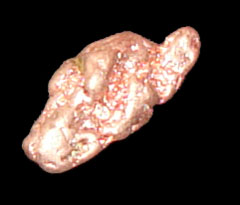 Copper was known to the most ancient civilizations and was first mentioned around 3900 BC by both the Sumerians & Egyptians. Copper & bronze artifacts were found in the ancient cities of Sumer. Findings made of copper & copper alloys containing tin have been discovered in Egypt from approximately the same period. Copper pipelines of a water supply system were even found in one of the Egyptian Pyramids.

Copper’s name comes from the Latin “cuprum” & Greek “kyprios” for the Island of Cyprus where the Romans first mined it. So much of the metal came from there that the Romans called it “Cyprium aes” meaning "Cyprian metal". This was later shortened to the Latin word “cuprum”.

In ancient mythology & alchemy, Copper was associated with the protection of the goddesses Aphrodite & Venus due to the radiant beauty of the copper articles made there and the sacred status of the island of Cyprus itself.

The Uses of Copper

Also said to be the favoured metal of the God Hermes, Copper is considered to be a mineral of mental agility & quick thinking. It's also a wonderful tool for connecting to Mother Earth & Nature and for working with metal elemental energies.

Other uses of Copper include the following

Information about the Metaphysical Uses of Stones