Other kinds of Aura Quartz for Sale 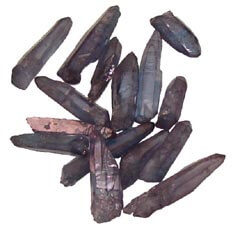 The Meaning of Lavender Aura Quartz

In and of itself, Clear Quartz is an extremely powerful healing & energy amplifier - absorbing, storing, releasing, & regulating energies. Enhanced by precious metals, Aura Quartz has additional healing attributions depending on which precious mineral is used. Quartz is a master healer that can be used for any condition. It also stimulates your immune & energy systems, bringing your physical body into balance.

The Meanings of Aura Quartz

All kinds of Aura Quartz crystals are prized for their ability to expand your consciousness & heal your physical as well as spiritual body with their extraordinary high vibration. Continue reading about the Metaphysical Meanings of Aura Quartz.

Other kinds of Aura Quartz for Sale