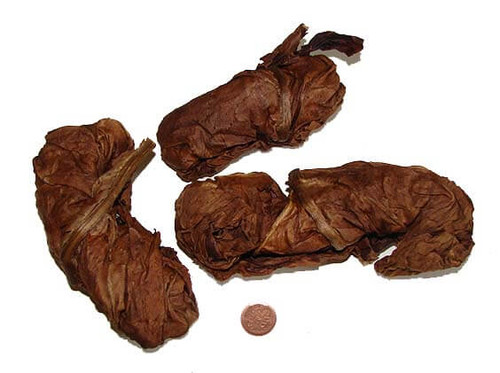 Price is for 1 leaf. Multiple pieces are shown to demonstrate how no two are alike, differing in both size & shape.

Buy Traditional Tobacco in other sizes

Information about How to Smudge

Native American tradition is that each of the four sacred medicine herbs was given to the First Nations people as a means of communicating with our Creator. Tobacco was the first plant to be received and as such is considered to be the most powerful of all medicines. Tobacco is followed by Sage, Cedar and Sweetgrass. It is sometimes thought that Tobacco sits in the Eastern door, Sweetgrass in the Southern door, Sage in the West and Cedar in the North, although these assigned directions may differ from First Nation to First Nation. Together this quartet works to establish a potent connection to the Creator and the Spirit World.